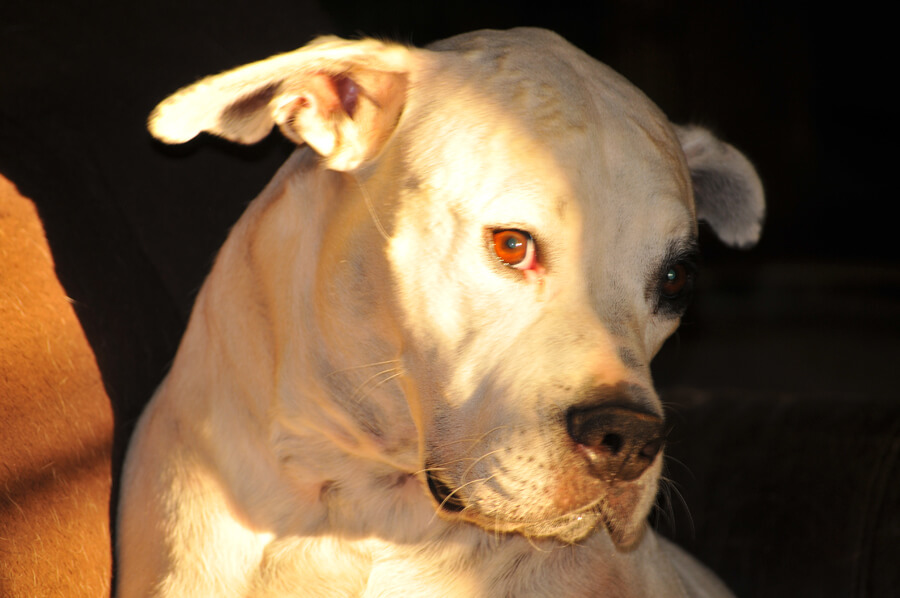 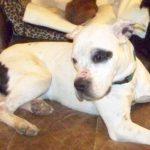 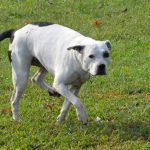 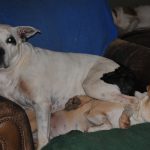 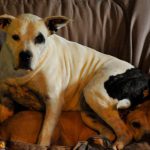 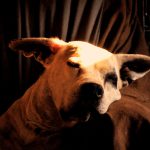 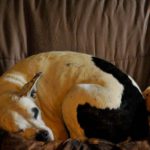 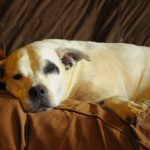 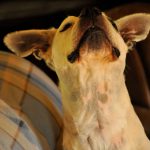 Walter wandered into a concerned citizen’s yard. Seeing that he did not act normal she took him to a vet. The vet clinic called us and asked us to take him because Walter has cerebellar hypoplasia.

Cerebellar hypoplasia is a condition where a part of the cerebellum--which makes up a large part of the brain--has not completely developed. This caused Walter to lose control of his limbs or fall down. It increased with the more excited he became.

That didn't stop Walter from doing what dogs did and having a happy life. You did end up with lots of bruises when playing with him or nipped fingers from time to time when giving him treats. But well worth it! It could be intimidating when you had 90 pounds of uncontrolled dog coming at you with nothing but pure enthusiasm to greet you. But that was just Walter being happy.

Walter was a bit wobbly and a bit wild, but he moved around just fine and was happy as can be. He was a wonderful example of a gentle giant who was great with kids and one of our best Pit Bull ombudsmen.

Walter had spent an entire month in the dogpital recovering from surgery. Walter went to the vet clinic for long amounts of time to get lumpy bumpies removed. (he had 10+ de-lumpings over a 10+ year period).

Foot Hills Animal Clinic always went that extra mile to make sure your animal heals up right. For example, the staff was very attached to Walter and during his stays even held his food bowl for him at mealtimes.

Thank you Dr. Kelly and the entire Foothills Animal Clinic for giving Walter all the exceptional care he required to add a few more wobbly years to his life! R.I.P. Walter.