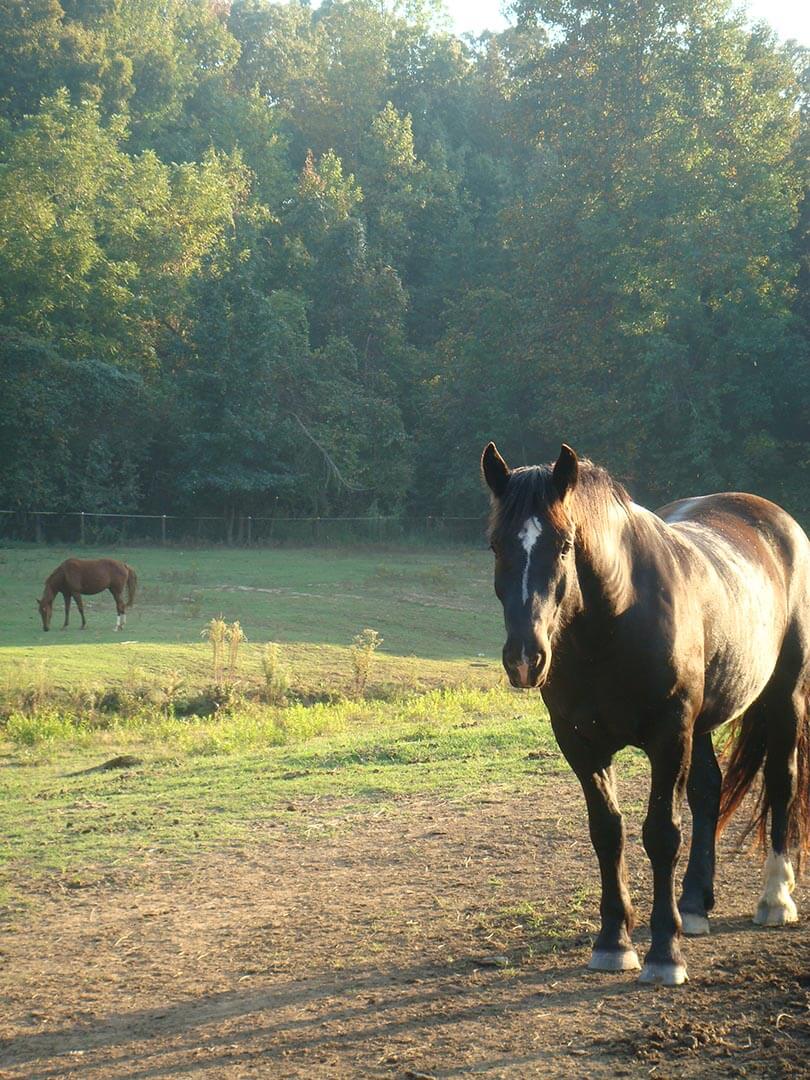 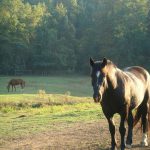 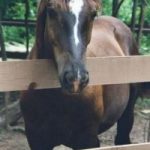 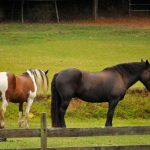 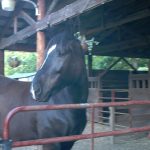 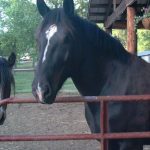 Godot Perch came to Hollow Creek Farm in 2002. Perch was headed for slaughter for human consumption overseas and arrived with five other PMU foals. These are foals born to mares whose sole job is to produce urine for pharmaceutical companies.

PMU (PREgnant MARes Urine) is used by drug companies to make hormone replacement therapy drugs that contain high amounts of estrogen gathered from pregnant mares. Mares are bred and endure lives pregnant standing in factories strapped up to produce the urine. Foals are discarded for slaughter.

Perch was quite a handful and not ready for adoption until he started a rigorous training program. He enjoyed playing soccer, tag, fetch, responded to voice commands and had problem-solving skills.

Perch stood 16.3hh and was as gentle as a lamb. He was our PMU Ambassador. He helped teach other horses that humans are not scary.

He was a Percheron-Thoroughbred cross and was by far one of the smartest horses we’ve had the pleasure of spending time with. He had issues accepting other horses into his herd, which prevented him from finding a home.

Perch had a great life and is missed.