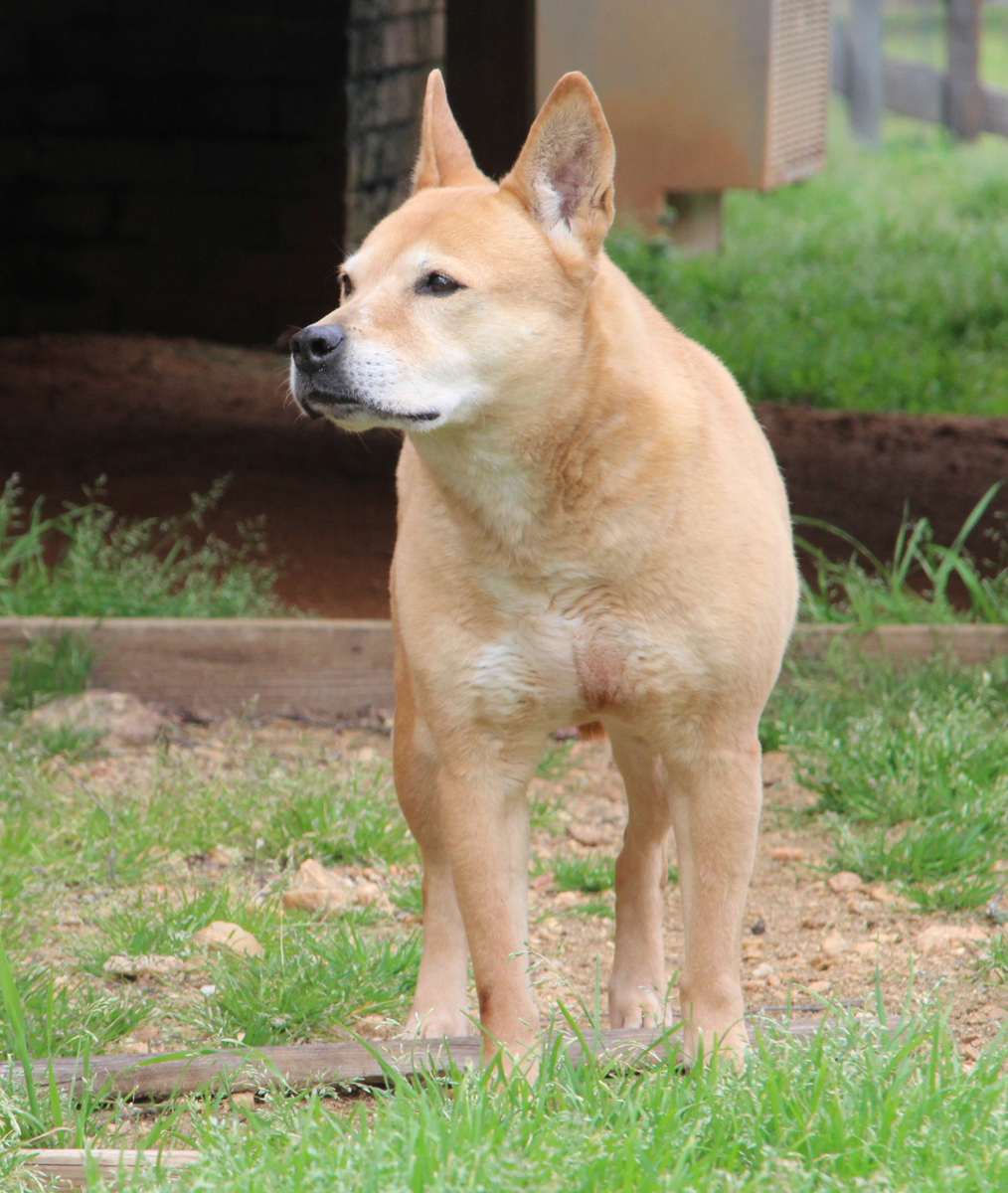 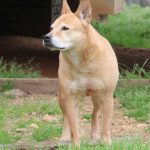 Coyote was a feral “Carolina Brown Dog” who came in from animal control. She was live trapped so that they could bring her in safely.

Coyote enjoys life on the farm where she will remain for the rest of her life. She enjoys doing Parkour off the walls. She’s very athletic and physical.

She’s very particular about the humans she’ll interact with. Only Nicole can pet her and she doesn’t enjoy it. She doesn’t enjoy any human interaction except meal time: Coyote LOVES food.

And she loves tearing up stuffed dog toys, that’s her deal. She steals stuffed toys – selects the ones with squeakers inside -- and destroys them. She carries them away -- against their will -- to her bed where she destroys them.

She sniffs her bowl, eats, and tears squeakers out of toys. That’s her main goal in life.

Hey, want to get Coyote some squeaker toys? How 'bout some dog treats that we will share -- despite her complaints -- with the rest of the farm dogs. Vaccinations for the year, heartworm meds for the year, flea/worm prevention for the year? Anything you'd like. We'll be sure to tell her who sent her the goodies!