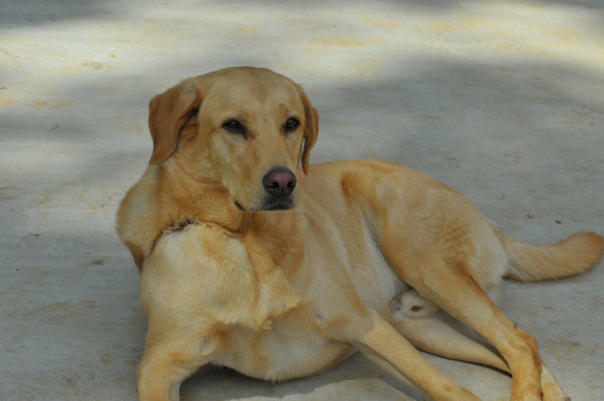 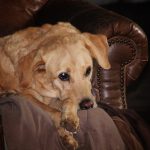 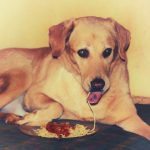 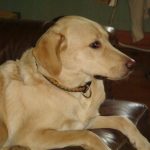 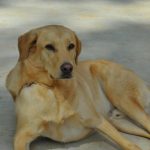 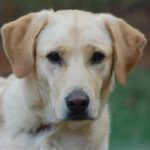 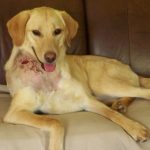 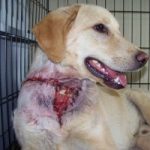 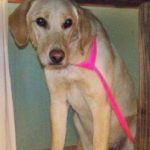 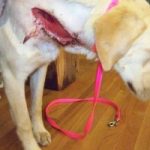 Count Spatula came to Hollow Creek Farm March 28, 2009, from another rescue that had taken him in to give him basic care.

A call from a concerned citizen stated that there was a feral dog that had severe neck injuries after someone had shot him with a shotgun. HCF has dogs brought to them from rescues unable to resolve individual dog behavior issues.

It took months and months of vet care before Spatula healed. It took years of love, socialization, and care, but Spatula had stranger danger that would never go away.

Here's a detailed story about his rescue and recovery: https://hollowcreekfarm.org/the-rescue-of-count-spatula/

Count Spatula was a dog that could not recover from the trauma of being shot. Physically, he was healthy after months of healing. He is a pleasure to be around and loves all animals, and most humans.

Count Spatula is 17 years old in 2023. He is treated like a king. He is shy of strangers and loud noises. He still has severe fear while outdoors so he will enjoy life with us on the Farm...frequently on the couch.